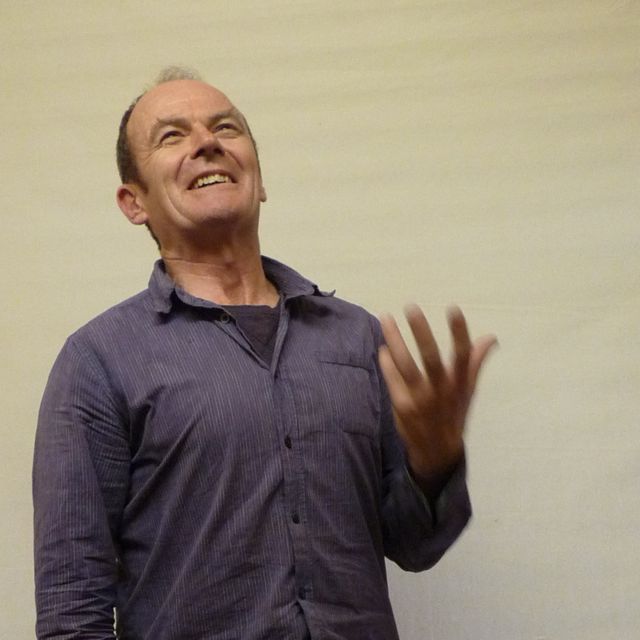 Guy is a co-founder and director of spacetocreate. He has more than thirty years experience of delivering development projects including: setting up and delivering a mental health development service in Pembrokeshire, bringing community transport providers together to create the Pembrokeshire Association of Community Transport Organisations (PACTO) and facilitating the development of a range of voluntary sector consortia to access more than £2 million of Objective 1 funding.

Guy has a particular interest in the arts and community regeneration, explored most recently through the development of Confluence a 4-year arts and regeneration partnership in Haverfordwest, supported by the Arts Council of Wales through the Ideas People Places programme.

The role that the arts can play in community development has been central to Guy’s work, which has seen him initiate participatory arts programmes in towns across Pembrokeshire, including: Rite of passage in Neyland – 2008 and 2010; Summer and Winter festivals in Pembroke Dock 2007-12; processions for Pembroke Festival in 2010 and 2012 and takingpartwest in Haverfordwest 2011-14.

Other projects include: The Wren’s Feast an experimental food and performance piece for The Centre for Performance Research in Aberystwyth; Mythical, Wild and Human for the Cultural Olympiad; Moving stories – a four year arts and digital media programme and The Big Picture Llanelly House – an 18 month project exploring identity and portraiture.

He studied English and Drama at the University of Hull, gaining a BA Joint Honours degree in 1982. Most recently he has been involved in establishing Harbwr, a rural cohousing project near Cilgerran in North Pembrokeshire.